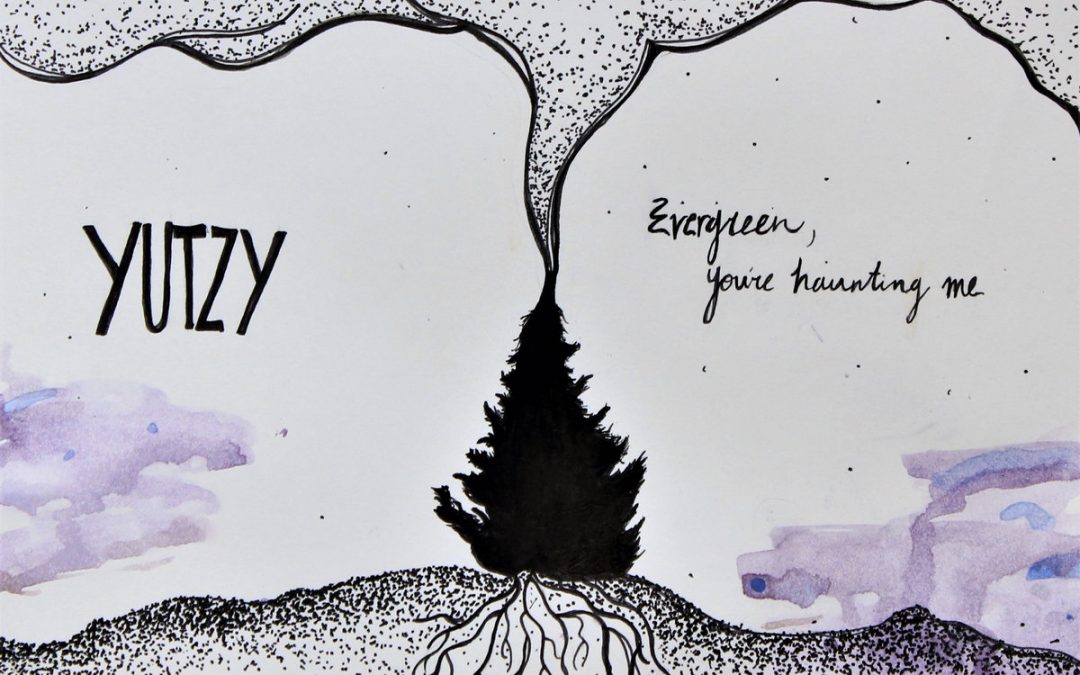 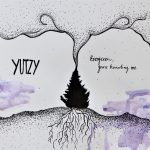 All of a sudden he thought: If people are reunited in Heaven (I don’t believe it, but suppose), then how shall I stop it from creeping upon me, that shriveled, helpless, lame thing, her soul? But this is the earth, and I am, curiously enough, alive, and there is something in me and in life… — Vladimir Nabokov, Pnin

Timofey Pnin was haunted by the earthly soul of his former wife, a parasitic poltergeist that drained Timosha of his only permanent possessions: his love and his self-respect. Inebriated by ‘viscous and sawdust,’ Pnin cried ‘I haf nofing. I haf nofing left, nofing, nofing!’ YUTZY is self-possessed, not by a person, but by the memory of a previous pairing that continues to tap him on the shoulder at inconvenient times long after the physical bodies have parted.

“‘Evergreen, You’re Haunting Me’ talks a lot about the lingering memories and emotions that remain after a relationship,” YUTZY conveyed in an email. “Evergreen trees are usually used as a hopeful symbol of perennial life, so I found it interesting to look at that in an alternate way, where the evergreen tree is instead an unwanted presence when everything else has withered away. More literally, it’s hard to know what to do when someone you don’t interact with continues to manifest in your dreams. What we dream about usually isn’t a conscious choice, thus the ‘haunting’ implication, even though, really, I’m the one doing it.”

‘Evergreen, You’re Haunting Me’ features a simple arrangement: powerfully slashing guitars over energetic rhythm. But the instruments are just the side-show. The main attraction is YUTZY’s fantastic voice. This guy could sing the Mueller Report, including the redactions, and it would sound great. Listening to ‘Evergreen, You’re Haunting Me’ sparks one of those Man, what are you doing here moments. Here being, I suppose, this blog. Cracking open the old he has great pipes chestnut isn’t enough. YUTZY is arguably the best pure singer about whom I’ve written. And who’s going to argue with me?

YUTZY is Scott Yutzy of Wichita, Kansas. ‘Evergreen, You’re Haunting Me’ was written, recorded, produced, and performed by Scott. Today’s track marks YUTZY’s third appearance in these virtual pages. We previously featured ‘Love’ (and compared YUTZY to Freddie Mercury) and this year’s ‘Every Girl That I’m Into Seems to Love Cigarettes’ (of which we declared ‘This is really good’).

Apparently, no one is listening to me as YUTZY’s recognition still lags far behind his talent. “More positively,” Scott says, “There is a small group of people in Riga, Latvia that stream ‘The Sun’ and ‘Champagne & Gold’ [from YUTZY’s 2018 album, Lush] a lot because of one guy’s playlist there, and that always makes me smile a bit when I see them on my Spotify stats.”