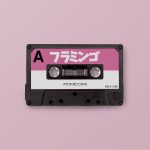 Aristotle defined a mixture as a substance whose ingredients alter each other until the individual elements cease to exist. Yet he also believed that it’s possible to separate the components from the solution. Natural philosophers have struggled for the past twenty-three centuries to understand what Aristotle was talking about. But his meaning is clear when considered in the context of a Relationship.

A relationship is a mixture, a solution of two souls flung as separate bodies into an existential beaker and endeavoring, through the application of heat, to combine into a single substance. The particulants may have come together as part of a pre-planned experiment in which each procedure – from the initial meeting at Starbucks to the final calling of an Uber – is checked off as completed. Or their trajectories may have intersected when a teaching assistant scribbled the seating chart of a chemistry class. And when the solution has someday served its purpose, the elements may be strained and filtered into jars and assigned to separate shelves.

In ‘Peachy Keen,’ Atomic Cafe stirs a phantom mixture, a relationship that may exist only in the mental beaker of its creator. One element seems to occupy a greater mole fraction of the solution than does the other, a situation that can only lead to instability.

Musically, ‘Peachy Keen’ is a manic powerhouse of smile-bringing energy. You can’t bob your head fast enough to keep up with this one. The track features a hook that will be stuck in your head after a single spin, a strong vocal, and soft Beach Boys harmonies floating above the controlled chaos. And, unlike so many tracks that are cast over a metronomic beat, this one actually changes tempo.