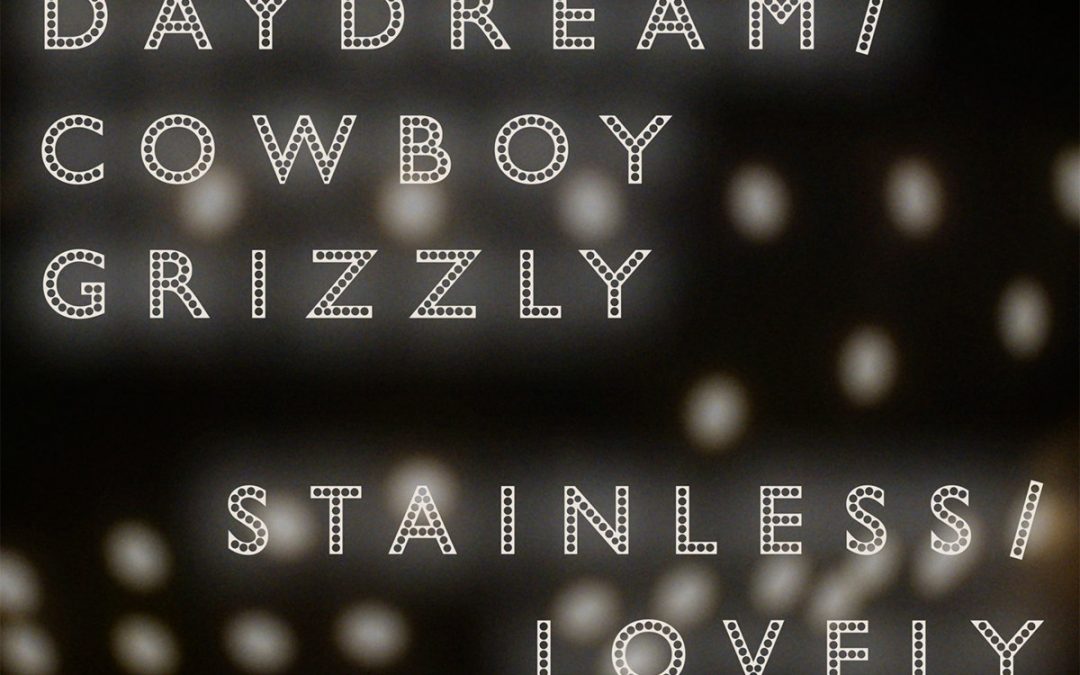 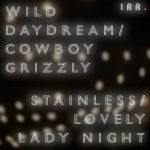 Wild Daydream (Simeon Williams of Arlington TX) and Cowboy Grizzly (Grant McMahan of Austin TX) have been collaborating for many years. In younger days they played together in a band called The Black Hills. More recently, Simeon was the producer/mixer for Grant’s fantastic 2018 album, Mockingbird.

Simeon and Grant have released a unique Wild Daydream / Cowboy Grizzly double-single: each created a cover of a song written and recorded by the other. Simeon recorded ‘Stainless,’ from Mockingbird. And Grant recorded ‘Lovely Lady Night,’ from Simeon’s Wild Daydream album, released last year. They were kind enough to describe the experience for me, and their words were better than anything I could have written. For your listening pleasure, I have included the original versions, as well as the covers. — RR

Simeon: I had been listening to Cowboy Grizzly’s debut album, Mockingbird, on repeat for a couple of months. It was kind of refreshing to return to my production on the album with new ears; it’s always been hard for me to completely immerse myself in that record, because I would always beat myself up over my novice production skills. But now I just heard the work as a stepping stone for both my and Grant’s crafts, as well as friendships. He’s been in Austin for the better part of a year, and listening to this album made me miss him all the more.

A song on the album I kept coming back to was ‘Stainless’ for whatever reason. I’m still not exactly sure what the song is about. I rarely ask Grant or any artist about these things; it’s a lot more fun for me to try and guess what it means based on what I know about that person and their experiences. Heck, I don’t even know what it means for me… something familiar, beautiful, haunting, and hyper-intimate… but that’s the essence of Cowboy Grizzly, isn’t it?

One thing I did know was that it would work really well with a simple voice, acoustic guitar, and harmonica setup. So I learned it and had an idea…

Grant: Simeon came to me with the idea of recording a cover of each other’s song, and he had already picked out ‘Stainless’ as the song that he wanted to cover. I had listened to his album and really enjoyed it, but ‘Lovely Lady Night’ stuck out to me as a beautiful love song. I feel like the love song is not a type of song that I have really been able to figure out for myself. Every time that I try to write a love song, it comes out a lot more complicated and messy than I intended. But Simeon has a knack for writing meaningful love songs that give an honest and hopeful look at love, and that is something that I really admire about him and his songwriting.

We discussed recording both of the songs as semi-acoustic renditions, somewhat stripping away the arrangement and getting to the core of the song. I love the chord progression of ‘Lovely Lady Night’ and how it moves, but I wanted to alter it slightly to give it a more melancholic feel; I don’t have quite the same hopeful outlook as Simeon does. But other than that, I just recorded it how I know to record and tried to give the best vocal performance that I could. I love the song and wanted to do it justice!

Simeon: It was a lot of fun hearing our spin on each other’s work. It means a lot when someone spends the time to not only experience your work, but to try it out themselves… in their way. Definitely would be down to do it again. Maybe even a whole album of material, who knows?