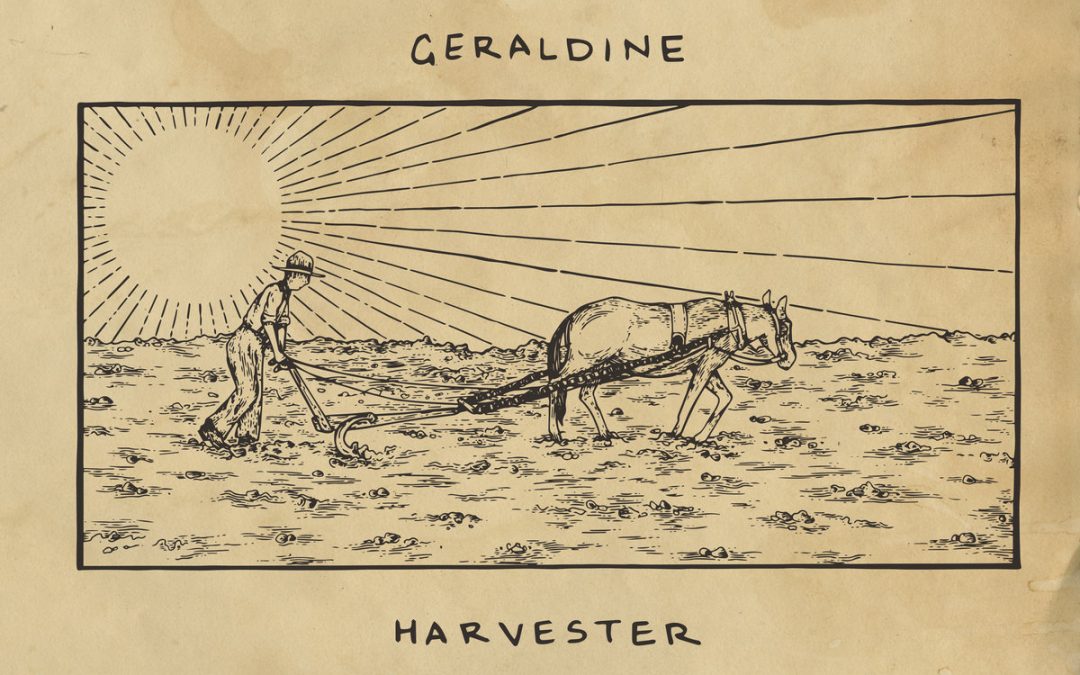 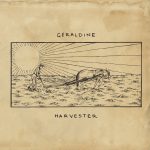 This Betty Bliss, a plump maternal girl of some twenty-nine summers, was a soft thorn in Pnin’s aging flesh… Pnin had nothing against Miss Bliss. In trying to visualize a serene senility, he saw her with passable clarity bringing him his lap robe or refilling his fountain pen. — Vladimir Nabokov, Pnin

My goal in today’s Meghalayan Era is to outlive my enemies but not my savings. And I would rather not outlive my wife, as she clutches to her bosom the secret passwords that empower our myriad streaming services, the cumulative cost of which is allegedly less than Comcast was charging us. Without her love and inspiration, I would never be able to record the Texans games.

Geraldine’s ‘Muscadine’ presents a pair of grapes aging together on the West Virginia vine. It is their intertwined fate to ripen and die together — unless one is prematurely picked by a passing boy or ravenous raccoon. With luck they will be preserved as a fragrant wine, their molecules pressed into an inseparable emulsion. Or they may achieve the goal of every grape: to soar through the sky in the belly of a bird, their seeds deposited in the fertile soil of a faraway hill.

‘Muscadine’ is the best type of country music, real music that speaks to the human condition. The song is unforced, even the banjo finding a muted groove. Gospel harmonies drift in from a nearby church as an old man drags the sole of his brogan across an unswept wooden floor. Listen as the fiddle learns its lines by rote, following the lead of the guitar.

‘Muscadine,’ composed by John Bolten, appears on Geraldine’s new thirteen-song album, Harvester. The tracks were recorded live over a two-day stretch earlier this year. ‘We wanted to make an album with elements of old-time source recordings, country standards, and bluegrass classics that inspire us,’ the band writes in the album notes. ‘In thirteen original songs, we honor these roots in an old-time sound while telling new stories in our own distinct way. This is how our dreams sound.’