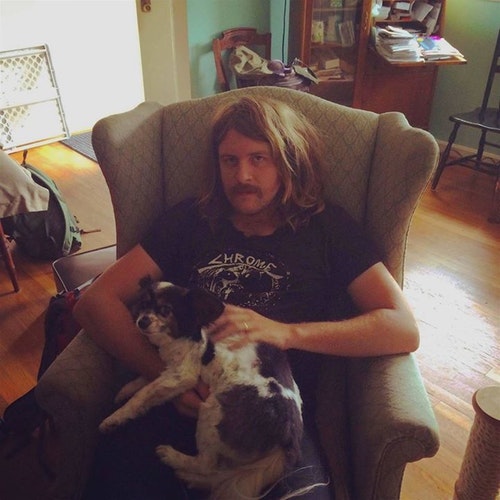 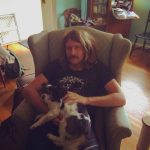 The squatting tenant men nodded and wondered and drew figures in the dust, and yes, they knew, God knows. If the dust only wouldnʼt fly. If the top would only stay on the soil, it might not be so bad. — from Grapes of Wrath by John Steinbeck.

‘Little Bit of Rain,’ by the David Nance Group, is a scream of raw emotion, totally timeless, a Dust Bowl farmer standing in a fallow field, the dawn dampened by gray dirt, looking back at days when there was plenty of sunshine to yield the wheat and just enough rain to keep it watered.

With ‘Little Bit of Rain,’ David Nance takes up the Fred Neil folk classic from 1965 and strips away every sliver of half-smiled wistfulness to leave nothing but pain, the pain that comes from remembering the good times and forgetting the bad.

This is the part where I describe what the song sounds like. I’m not going to do that this time. I’ll just say that the beautiful fiddle is by Tom Spall.

David Nance was the inspiration for Him Horrison’s ‘Gimme A Piece (RIP),’ which we featured last March. Him Horrison (aka DeeDee) described David as ‘rock-n-roll’s savior.’ When I wrote the feature, I didn’t mention the song’s source. To be honest, DeeDee’s mention was the first I’d heard of David Nance and I didn’t have any means of grasping the impact of his music. I get it now.

‘Little Bit of Rain’ is from the new seven-track collection from the David Nance Group, Catharsis Lottery: Live 2018​-​2019, recorded in a variety of locations and in a wide range of fidelities, all of them Lo. ‘Little Bit of Rain’ was recorded at a bar (probably) in Adelaide AU, where it’s, you know, OK to talk during the most beautiful part of the song. I’ll admit to having not listened to the entire album. I clicked on ‘Silver Wings’ and ‘Little Bit of Rain,’ two covers that I recognized, and that’s as far as I got. I just kept going back and listening to those two songs. So here’s the other one.

You can support deserving independent musicians like David Nance by visiting his Bandcamp page, listening to his music, and downloading some tracks. Or all of them. And be sure to follow David Nance on Facebook and Instagram.

Bonus Track: ‘Gimme A Piece (RIP),’ from Him Horrison’s Post Modern Pastiche of Everything.