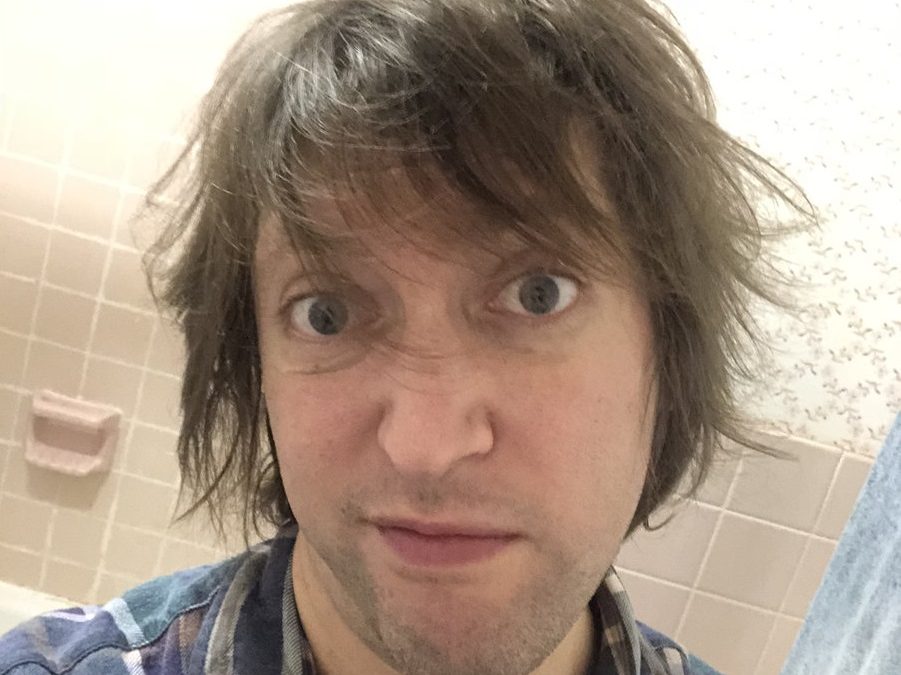 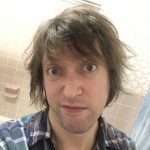 True Story: In 1911, a fellow in Oklahoma named Elmer McCurdy set out to rob a train that was rumored to be hauling $400,000. Unfortunately, he robbed the wrong train and made off with the enormous sum of $46. A few days later he was tracked down by a posse and shot when he refused to surrender. The local mortician embalmed McCurdy with an arsenic solution and put him on display, charging customers a nickel to see “The Bandit Who Wouldn’t Give Up.” The body was later acquired by a carnival, was exhibited in various sideshows, was sold and resold, and got passed around so many times that everyone forgot that the exhibit was once an actual person. McCurdy’s mortal remains spent time in a warehouse, were used as a movie prop, and ended up hanging in a Long beach funhouse, covered in wax and several layers of phosphorescent paint.

In 1976 a television crew, filming an episode of The Six Million Dollar Man in the funhouse, tried to move Mr. McCurdy and broke off one of his arms, exposing actual once-human bone and muscle. Long story short, Elmer McCurdy’s identity was eventually determined and he was shipped back to Oklahoma where he was buried next to outlaw Bill Doolin, the subject of the Eagles’ “Doolin-Dalton” from the album Desperado.

Christopher James doesn’t wanna go on the Dead Guy Tour. It’s better to be a bad musician and to fade away than to burn out and be dead.

Now, what I’m not totally clear about is whether Chris is singing to other musicians or to himself. I think it’s the latter. He’d rather make bad records than to be on tour with the ghosts of Johnny Thunders and Dee Dee Ramone. Not sure I blame him. They’d have to put a fence around the stage because people would be dying to get up there.

And speaking of bad records, “Dead Guy Tour” isn’t one. It’s nicely done in a necessarily minimalist sorta way. The track is the latest single from the album In The Month of May, which is Christopher’s effort to record one song each day in the month of May. This is the fourth track since today is, you know, May 4. The previously-released tracks are very good, with a bit of an If Daniel Johnston Could Sing quality. Maybe when the month is over, Christopher can re-record them with a full band. You know it would be really funny if he came up one song short. Then he’d say, “Why did I have to do this in a month with thirty-one days?”

You can support deserving independent musicians like Christopher James by visiting his Bandcamp page, listening to his songs, and downloading your favorite tracks. And be sure to stop in every day to hear the latest from In The Month of May. I couldn’t find Christopher James in any social media (not exactly a distinctive name), but feel free to follow the Art School Dropouts on Facebook.

Question: If GG Allin goes on the Dead Guy Tour, will his ghost crap on the stage? And what does ghost crap smell like?