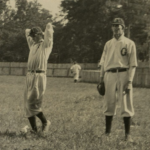 Frank Doyle, manager of the Greensboro Patriots, had a new recruit. His name was Miller and somebody had dug him up down in South Carolina. A couple of weeks before, pitching for a team in Greer, he’d struck out 13 of the big mill workers from Easely. Someone said he’d hit four home runs in a game.

Miller showed up at Cone Athletic Park without shoes or socks, and without a glove. When Doyle asked him where his baseball equipment was, Miller said, “I thought you’uns would furnish the tools.”

That afternoon, August 5, 1912, in a close game against the Charlotte Hornets, Doyle sent Miller out to center field in the eighth inning. No one hit the ball his way. He came to bat once, and walked on four pitches. Whether he was wearing shoes was not recorded.

Thus ended Miller’s professional career. He was sent home a couple of days later. “The reason given for the release was that Miller was too unsophisticated to learn anything about the game this late in the season,” the Greensboro Daily News reported. “In other words, the emerald hue had him.”

Picture at top left: Pitchers working out in Cone Athletic Park around 1908 or 1909. Bernard Cone Collection. 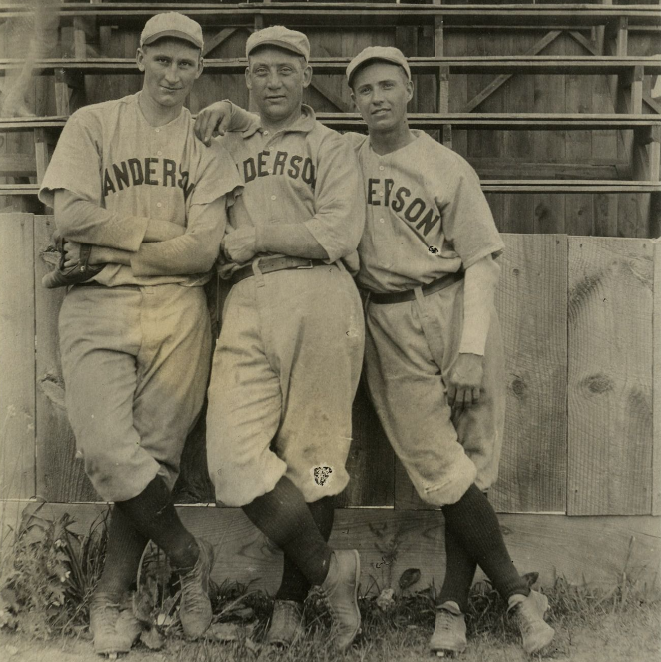 The Glorious Life of a Class D Ballplayer in 1909

Excerpts from the in-progress biography of Jack Corbett entitled The Book About Jack Corbett and a Lot of Other Stuff. Corbett began the 1909 season playing for the Charleston Sea Gulls of the Class C South Atlantic League. A good infielder who was outmatched by Class...