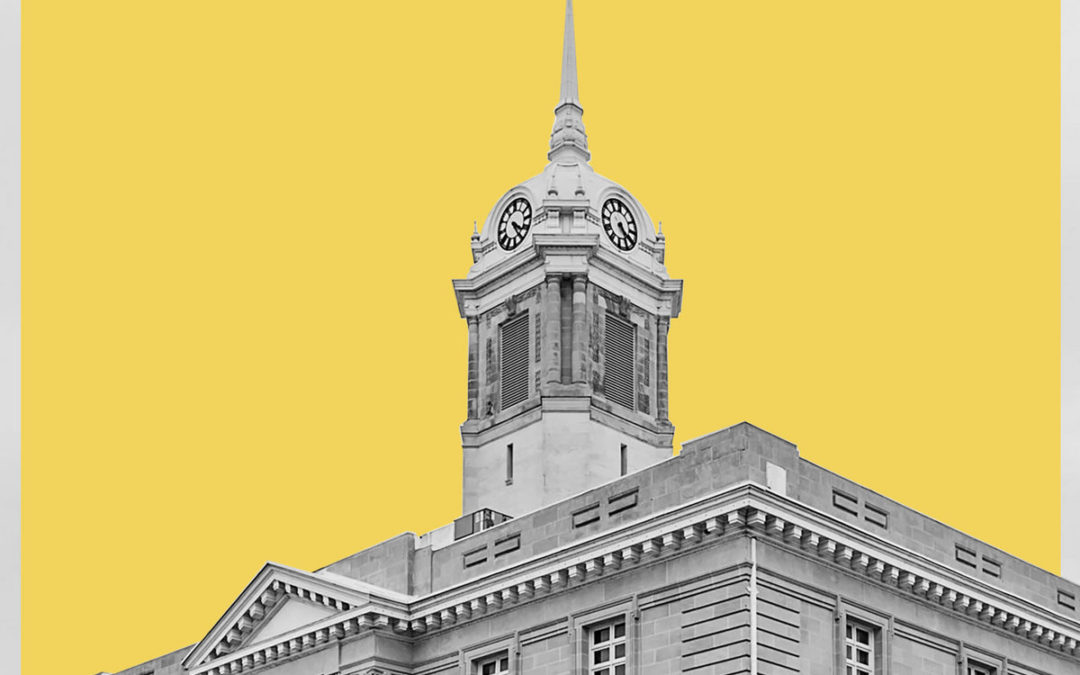 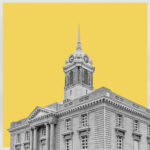 And he never had the sense of home so much as when he felt that he was going there. It was only when he got there that his homelessness began. — Thomas Wolfe, You Can’t Go Home Again

The large marble ball was centered delicately atop the courthouse spire for sixty years — until it chose to migrate to the very edge of its supporting shaft, where it remained for several years. Whenever I saw it, a lopsided testimonial to civic neglect, I envisioned the mayhem that would ensue when the ball slipped over the precipice and took its final plunge.

The marble ball wanders no more. The entire cupola — dome, clock, shaft, and sphere — was decapitated and replaced by the zinc-clad clone shown in the thumbnail, which the designers claimed would last well into the 21st century.

The brown truss bridge over the Duck River that my grandfather crossed four times each day, driving between his home in Riverside and his drug store on the Square across from the Maury County Courthouse, became the Old Bridge when the New Bridge was built downstream on the Nashville Highway. The Old Bridge finally fell apart; its concrete replacement is, I hope, known as the New New Bridge.

You can’t go home again because home ain’t where you left it. Using Google Street View to follow the route between my grandparents’ house and Stephenson’s Drugs, I became hopelessly confused by the new roundabouts, fountains, and accoutrements of progress. I can’t even tell for sure which of the modern brick facades now conceals Granddad’s old store. I suppose that I could find it if I returned to Columbia and actually drove the route in a car, but who wants to do that? I’m happy to let my mind’s eye do the traveling, re-tracing a route memorized on the passenger side of a blue Pontiac.

Piglett spent their formative years in the figurative shadow of the courthouse in question. But the memories of good times and good friends, those beach-like days one can experience even when your feet are planted firmly on a chunk of land-locked Ordovician limestone, have not (yet) become a lodestone that drags the wearer back to its Point of Origin. Rather, the polarity of the magnetism is reversed, drawing the remembrance of things past into the present, wherever that Present may currently reside.

it’s where I’m from
my last green thumb

‘LA, TN’ triangulates somewhere between emo and gut-punch power pop as a slightly shoegazey riff morphs into a low-toned roar. The track has that 2AM-in-the-garage vibe, when someone or something unlocks the Vault of Feels and whatever oozes out must be channeled through the overdrive pedal.

Piglett is based in Murfreesboro, Tennessee. ‘LA, TN’ is their latest single, backed with ‘Leukemia.’ The tracks are Piglett’s second release; a six-song self-named EP arrived earlier this month. At this time Piglett is a bit of an enigma, without a social media presence. Their music is available only through Bandcamp.

Bonus Track: ‘Anything,’ my favorite song from Piglett. Check out this nice EP!