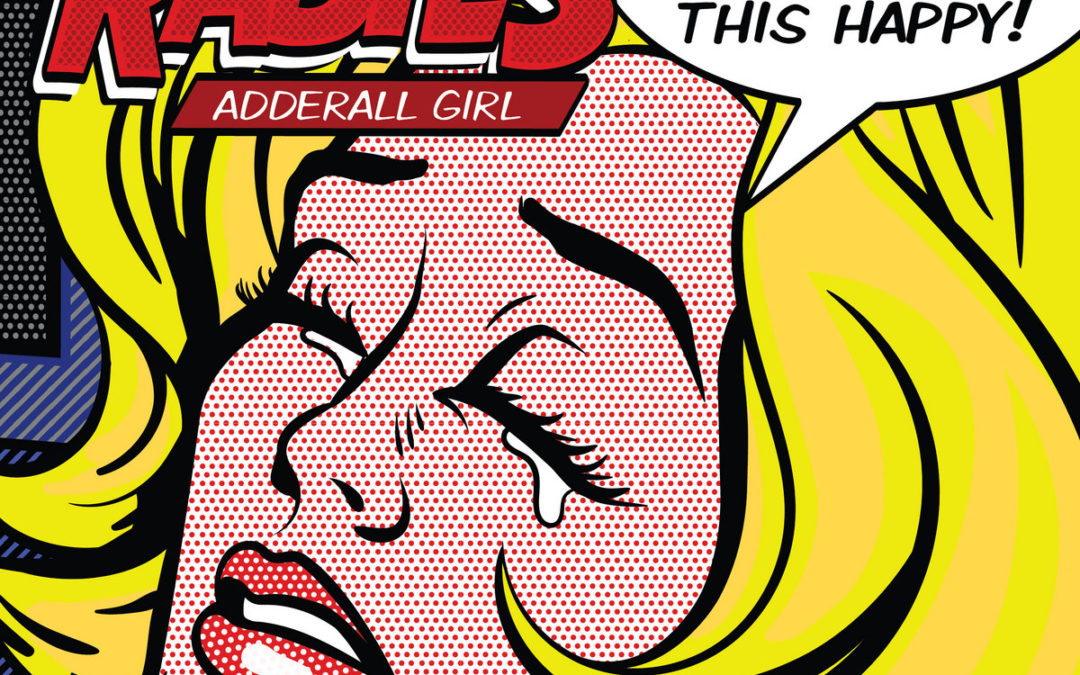 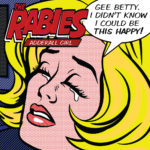 What is existence for but to be laughed at if men in their twenties have already attained the utmost? — Søren Kierkegaard, Either/Or: A Fragment of Life

To make a comeback, one must have previously achieved something. I can never make a comeback. If I ever accomplish anything, it will be for the first time.

The Rabies are coming back from a brief bout of fame they achieved way back in 1982, when a conservative Republican was in the White House, the economy was in a shambles, unemployment was in double-digits, oil cost $30 a barrel, the Russians were our enemies, and police in Washington DC tear-gassed a crowd that was protesting white supremacy. Hmm.

Given the current state of affairs, today is the perfect time for The Rabies to return to the scene with ‘Adderall Girl,’ their first single since their Reagan-era releases, ‘(My Girl’s a) Hologram’ and ‘Labor Day.’

Rewind the tape thirty-eight years from 1982, and the year’s biggest hit was Bing Crosby’s ‘Swinging on a Star,’ a dollop of big band sound that would have seemed hopelessly out-of-date to any twenty-something grasping an Atari 2600 joystick and reduced to a zombie-like state by the incredibly detailed animation of Donkey Kong Jr. But ‘(My Girl’s a) Hologram’ still sounds fresh and relevant today. Great music never goes out of style.

‘Adderall Girl’ updates ‘Hologram’ with a fuller sound and a more attentive crush. Back then, the issue was that she’s not really there. But now our girl is not only here, she’s really here.

‘Adderall Girl’ is one of those songs that is stuck in your head after the first spin. At only two-minutes-ten, the track wastes no time and applies the hurry up and get to the chorus theory. But within its short span, we find a beautifully-arranged pile of power pop, suggesting that The Rabies have done more musically in the last thirty-eight years than just sit around watching That Thing You Do! on an ancient VCR. Plus ‘Adderall Girl’ has handclaps, which is always a positive.

Based in Brooklyn, The Rabies are George (vocals), Torin (guitar, songwriting), Kevin (bass), and John (drums). ‘Adderall Girl’ was produced and recorded by Bryce Goggin at Trout Recording. Cover art is by David V. Hughes.

Streaming and digital downloads are available on Bandcamp, Spotify, and Apple Music. And be sure to follow The Rabies on Instagram.