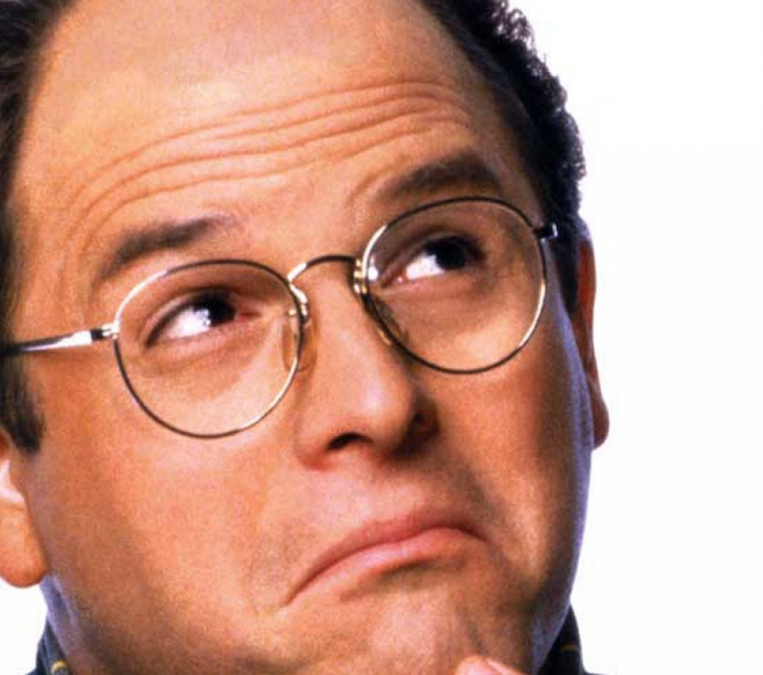 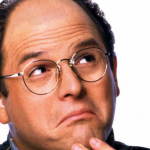 Søren Kierkegaard believed that philosophy begins, not with thought, but with existence: an egalitarian life lived passionately within a world of absurdity. George Costanza, the Seinfeldian Everyman who extracted more than should be expected from a life lived absurdly on the edge of marginalization, embodied Kierkegaard’s ideal.

A close study comparing the utterences of Costanza with the writings of Kierkegaard reveals that Constanza was not merely a student of the philosopher, but was actively channeling Kierkegaard, translating the Dane’s thoughts into the context of twentieth century New York City. Let us consider a few of the more readily-grasped examples…

Kierkegaard: Everything is a lie, and to such a degree that the only way people try to counteract it is by being mutually aware of the fact that it is a lie.
Costanza: I lie every second of the day. My whole life is a sham.

Kierkegaard: Face the facts of being what you are, for that is what changes what you are.
Costanza: My name is George. I’m unemployed and I live with my parents.

Kierkegaard: It seems essential, in relationships and all tasks, that we concentrate only on what is most significant and important.
Costanza: Food and sex, those are my two passions… If I could add TV to the equation, that would really be the ultimate.

Kierkegaard: The most painful state of being is remembering the future, particularly the one you’ll never have.
Costanza: Why couldn’t you make me an architect? You know I always wanted to pretend that I was an architect.

Kierkegaard: Of all ridiculous things the most ridiculous seems to me, to be busy — to be a man who is brisk about his food and his work.
Costanza: When you look annoyed all the time, people think you’re busy.

Kierkegaard: Love is the expression of the one who loves, not of the one who is loved.
Costanza: I might tell her that I love her. I came this close last night, then I just chickened out… I’ve just got to say it once, everybody else gets to say it, why can’t I say it?

Kierkegaard: My depression is the most faithful mistress I have known — no wonder, then, that I return the love.
Costanza: I feel like my old self again – neurotic, paranoid, totally inadequate, completely insecure. It’s a pleasure.

Søren Kierkegaard died at the age of 42, from complications caused by falling from a tree when he was a child. His entire existence had been, not a prelude to Death, but a gradual enfolding into Death’s embrace. George Costanza died in prison after walking into the shower and saying, “I think it moved.”