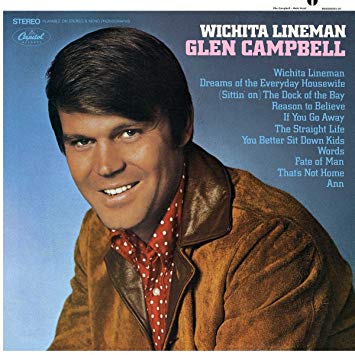 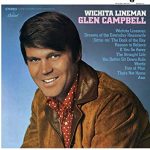 I first heard “Wichita Lineman” at the bowling alley. Not the new one. The old lanes out on Washington Avenue across from the Cee Bee grocery store. The building is still there. It would have been a Saturday night, because that’s the only night we ever went bowling. And I must have been 11 years old because that’s how old I was in 1968.

There was a juke box. Not the fancy ones with the colored lights that you see in museums. It was a little chrome and metal thing, like a console organ, with a row of buttons to make your selections. I think it was three plays for a quarter.

I heard “Wichita Lineman” at least twice that night. You could barely hear the music over the trundling balls and falling pins. You had to pause, and listen.

I had never heard the word “existentialism.” If you had told me that, 40 years later, “Wichita Lineman” would be labeled “the first existential country song,” I would not have known what that meant. I also didn’t know that my grandfather had been a lineman in a rural county and had died while making a repair, ten years before I was born. I didn’t know because no one talked about those things.