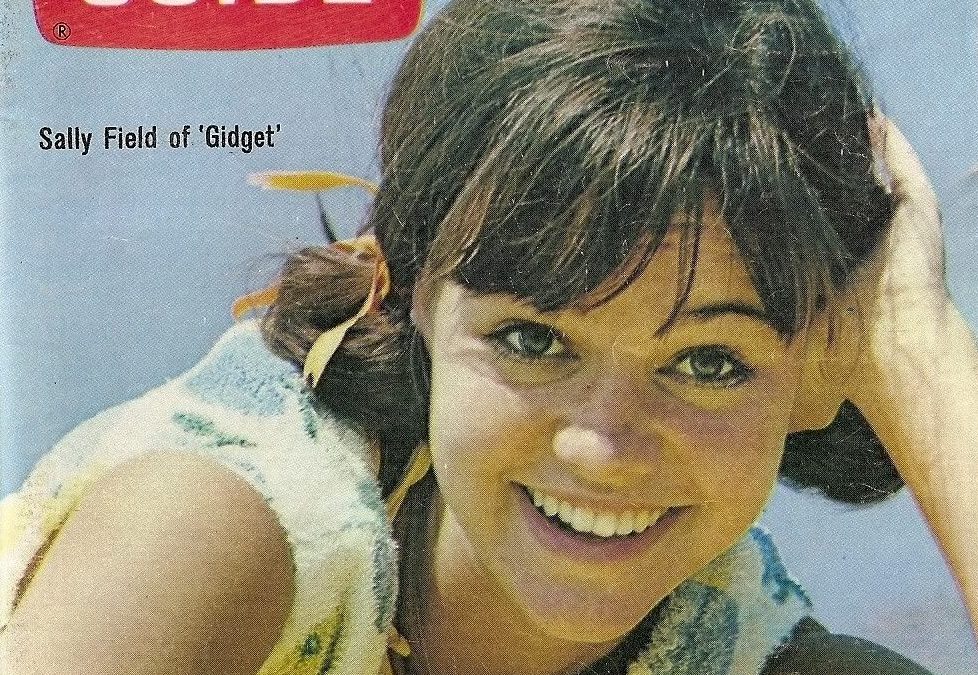 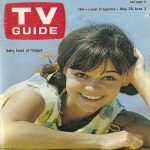 Hi kids! Welcome back to another exciting episode of Sh*t Your Dad Watched. Tonight we examine the life of Gidget Lawrence, whose television career spanned nine years and three series. So grab a spot on the couch, pull the tinfoil cover off your Swanson’s TV dinner, and enjoy the show!

Gidget (1965-66)
Gidget chronicled the zany antics and wacky misadventures of Gidget, a 16 year old tramp who was supposedly in love with Moondoggie, a surfer dude attending Princeton, but who spent every episode chasing around southern California shaking her jail-bait booty at the local hipsters.

In a typical episode, Moondoggie is back in town but Gidget ditches him and goes to the lake with her father and a foreign exchange student who has a fake British accent. On the drive home, Gidget and the exchange student huddle in the back seat and make out under a beach towel. Gidget gets felt up while whispering, “You like me! You really like me!” Later Gidget and her father have a heart-to-heart talk in which Dad tells Gidget that she did the right thing since the exchange student is in Pre-Med while Moondoggie is a Communications major and will never amount to anything.

The series folded after a single season. In the final episode, Gidget faces an uncertain future when she is kicked out of school after being discovered in the broom closet making out with the janitor.

The Flying Nun (1967-70)
After she was kicked out of school, Gidget’s father packed her off to a convent where she became a nun. But Gidget was no ordinary run-of-the-habit nun. She was blessed with the gift of flight! Each episode involved zany antics and wacky misadventures as Gidget first created a problem, then solved the problem by, you know, flying somewhere.

The third season was a director’s nightmare as Gidget was obviously pregnant. Apparently the Reverend Mother forgot to tell her about that Vow of Chastity thing. Various devices of concealment were attempted, such as putting Gidget behind a desk, behind an altar, or behind a crowd of children. But it was impossible to conceal the Unpleasant Truth: Gidget was still a tramp. Gidget’s added weight caused major aerodynamic problems in the flying sequences, and the series ended tragically when Gidget flew headlong into the side of a lighthouse.

The Girl with Something Extra (1973-74)
After crashing into the lighthouse, Gidget was in a coma for three years. When she finally regained consciousness, she found that the blow to her head had given her… ESP! She could read minds! Gidget settled down and married John Davidson, whose mind was about as easy to read as a first grade primer, though in Episode 2 Gidget was surprised to find that John spent most of his time thinking about other women.

Lifeless acting and stagnant scripts that were woefully short of zany antics and wacky misadventures doomed the series, and it shut down after 22 forgettable episodes. Gidget learned of the cancellation when Moondoggie, now the network’s Vice President of Programming, walked into her dressing room and said, “Read my mind, bitch.”

In the final episode, Gidget tried to read the mind of her cat. She was sucked into the black hole of the cat’s vacuous intellect and, unable to mentally disengage, lapsed into another coma. Gidget was last seen in an Alabama nursing home, where she spends her days staring fixedly at a blank television screen.

And what of the unborn child that caused Gidget’s crash into the lighthouse? Miraculously, the child was unharmed and was delivered a few months later while Gidget was in the coma. But the boy was always a bit slow, not the sharpest crayon in the box. He developed the habit of sitting on a park bench and telling outlandish stories about playing football for Alabama, fighting in Vietnam, and becoming a millionaire shrimper. He was also known to utter incomprehensible phrases like, “Gidget always said, ‘Stupid is as stupid does. Toodles!’”