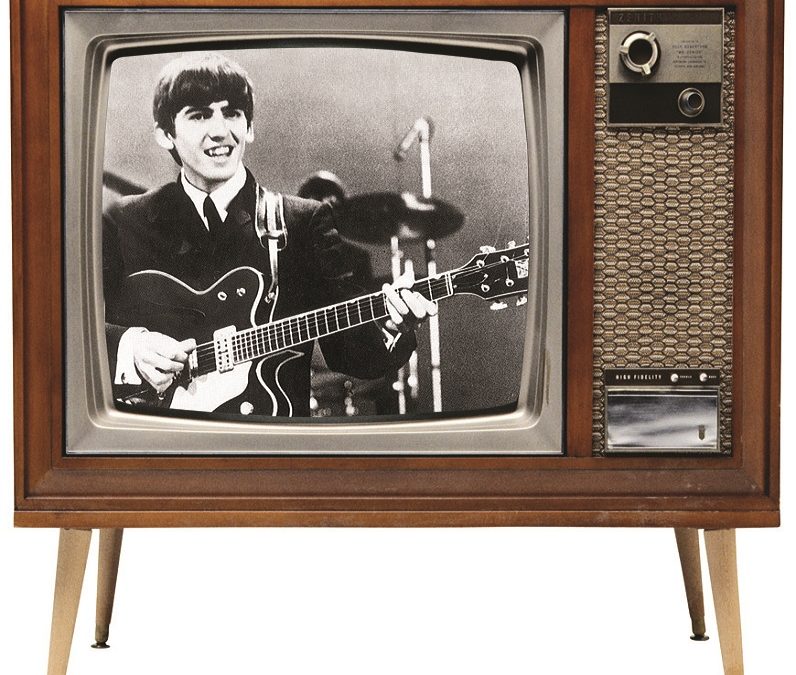 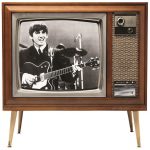 ‘Tis the season to make lists and check them twice. And, at some point in his or her life, every pop culture blogger is required to make a list of television shows. Best shows, worst shows, best shows cancelled after one season … you get the picture. And these days the lists invariably are dominated by things that aired in the last 10 years and that I have never heard of much less seen. I don’t have the motivation to make a list tonight. But, for your Holiday Enjoyment, I want to take a moment to summon up the Ghost of Television Past and share a few of the cultural phenomena that enhanced my youth and helped make me What I Am Today.

The Hathaways (1961-62)
The Hathaways featured the zany antics and hilarious misadventures of Peggy Cass and three chimpanzees. It is sometimes cited as the worst show in the history of television, but those critics obviously did not see the last season of Survivor. The Hathaways was so bad, the network could not find a sponsor for many of the episodes. I don’t remember any specific episodes, but this excerpt from Wikipedia will give you a pretty good idea of what the show was about:

“Elinore Buys A Hat” (October 13, 1961): Elinore buys a hat and ends up in jail when Charlie pockets her parking ticket.

Charlie was one of the chimps. How did he “pocket” her parking ticket? Well, the chimps wore clothes just like little humans. As a five-year-old, I thought that shit was hilarious. My mom, on the other hand, presaging her imminent disgust for the remainder of the decade, thought that a show about three smelly, non-potty-trained chimps running around in pants and dresses was revolting. While I barely remember the show itself, I clearly remember my arguments with Mom about whether I could watch it. I don’t think I won many of those, and the franchise shut down after only 26 episodes. Too bad. It would have been nice to see the chimps grow up and go off to college, and to see the series jump the shark by bringing in “Cousin Oliver,” a baby orangutan. You kids ask your parents to explain that one.

The Patty Duke Show (1963-66)
The Patty Duke Show featured the zany antics and hilarious misadventures of identical cousins Patricia and Catherine Lane, two high school girls, both played by Patty Duke. The back story was that a pair of identical twin brothers produced a pair of identical twin cousins. Sounds like there was some wife-swapping going on but, hey, it was the 60’s so I guess that was cool. The show was set in New York City, a known hotbed of inbreeding, but should have been set in West Virginia. Imagine the hilarity that could have ensued as the identical cousins herded their identical pigs up the road to the hog-cuttin’ shed.

I watched this show all the time, but I remember only one episode. Patty dressed up as Cathy in order to bag a high school football player who had the hots for Cathy but who didn’t know Patty was alive. Oddly enough, I couldn’t find this exact episode in the Wikipedia summary, which probably means that several of my brain cells got rearranged between 1966 and the present. I mean, I can remember this non-existent episode better than I remember my high school girlfriend. But you get the idea. Every episode was some shit about Patty and Cathy looking, you know, identical.

And then there was this 1964 episode, which I don’t remember but which must have been the highlight of the entire television season:

“Practice Makes Perfect” (September 23, 1964): Patty takes up the tuba and practices incessantly, much to the chagrin of the rest of the family.

Not sure how the identical cousin angle played into that one. Maybe Patty left for school and forgot the tuba so Cathy brought it to school for her and was mistaken for, you know, the tuba-chuggin’ Patty and so Cathy had to march in the Homecoming Parade. Man, if I had been born a little earlier I could have made a fortune writing this shit!

No Time for Sergeants (1964-65)
Like most things spawned in the South, No Time for Sergeants had a rather complex genealogy. The roots began with a 1954 novel, No Time for Sergeants, which chronicled the zany antics and hilarious misadventures of Will Stockdale, a country goober drafted into the US Army Air Force. A one-hour television adaptation of the novel, starring Andy Griffith as Stockdale, led to a Broadway show starring Griffith and featuring Don Knotts as Corporal John C. Brown. Griffith and Knotts reprised their roles in the 1958 movie version, which led to The Andy Griffith Show, a television series chronicling the zany antics and hilarious misadventures of Andy Griffith as a country goober sheriff and Don Knotts as his hapless goober deputy. Try this: walk into any Georgia beer joint where 60-somethings have gathered to complain about Obama and yell “Sarah? Gimme Mount Pilot!” and just watch the hilarity that ensues. Again, you kids will have to ask your parents to explain that one.

Joining Griffith and Knotts in the inbred fun was Jim Nabors as hapless goober gas station attendant Gomer Pyle. This being the 60’s and Pyle being an able-bodied, though not able-minded, young man, the producers had to pack him off to the Marines where he spent the duration of the Vietnam War raking gravel in California. If we could have fought the Viet Cong with rakes, Gomer’s platoon would have won the war in the span of a 30-minute episode.

When word of the Gomer Pyle, USMC spinoff got out, a rival network rushed out their own country-goober-joins-the-military series, No Time For Sergeants, starring Sammy Jackson as country goober Will Stockdale. Thus the original No Time for Sergeants novel led directly or indirectly to the 1964 airways being blessed with two series chronicling the zany antics and hilarious misadventures of country goobers in the military. I clearly remember two of my country goober classmates (full disclosure: in a Past Life I was a country goober from Tennessee) arguing about who was stronger, Gomer Pyle or Will Stockdale. There was a heap o’ shoutin’ behind the outhouse that day, I tell you what.

Sticking my head in the Wayback Machine, we extract one memory of No Time for Sergeants. It seems that Will had to pass a marksmanship test or was in a shooting contest or some shit like that. But he could shoot straight only when his hound dog howled. But the dog wasn’t allowed on the rifle range, so Will couldn’t hit the broad side of the hog-cuttin’ shed. So Will wore a pilot’s helmet with a radio in it and the dog howled over the radio. I swear I am not making this shit up. TV Guide partially confirms that something like this actually happened so I think my memory may not be too scrambled on this one:

“The Day Blue Blew” (April 5, 1965): Will had better look sharp in the sharpshooting match: there’s a bundle riding on him to win.

Blue was the dog and I’ll leave it to your imagination as to who or what he blew.

OK kids, that’s enough television for tonight. If you don’t turn it off and go to bed Santa Claus won’t come! Have a Merry Christmas and keep watching the skies. Or the television. Or Hulu. And maybe we can schedule another episode of “Sh*t Your Dad Watched.” After all, we still need to cover McKeever and the Colonel and The Banana Splits!