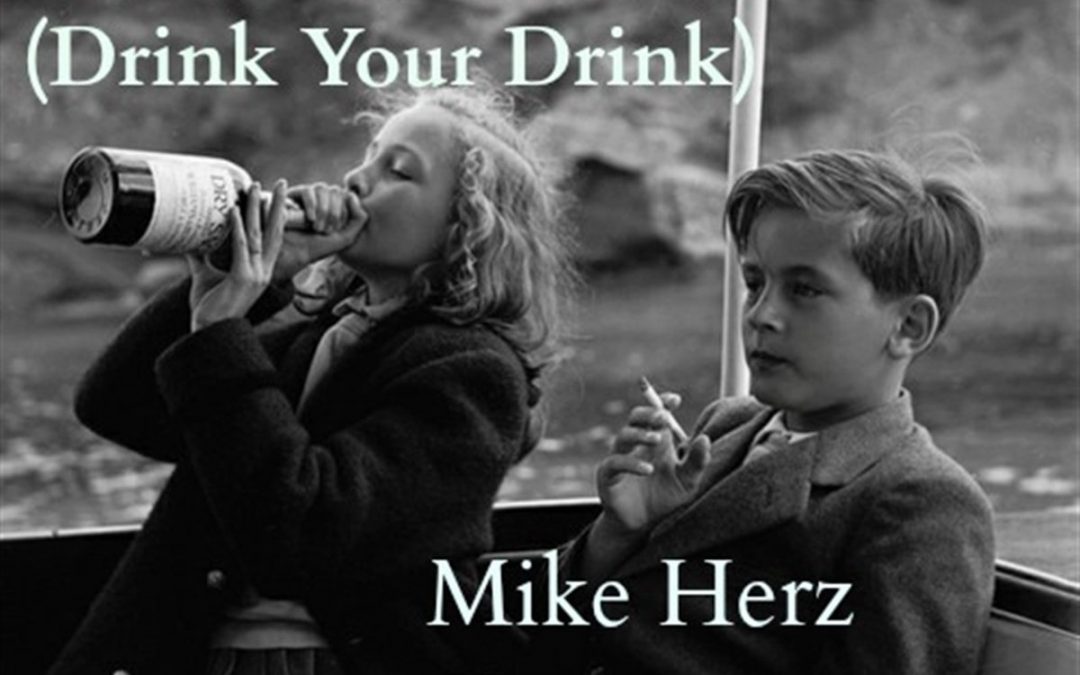 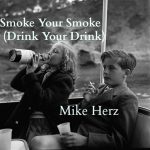 Mike Herz is still fighting the good fight. Suburban family man, high school English teacher, writer and singer of deeply personal songs. Mike is every man’s Everyman, refusing to go gently into that long post-graduate good night where dreams of artistry die and where your last gig involved crawling onto a desk at your office Christmas party and belting out “Thunder Road” using a stapler as a microphone.

Mike’s first album, Overgrown (reviewed here last year), was a 14-song cycle that charted the singer’s life from New Jersey Boy to New Jersey Man. He settles down, finds love, and almost becomes reconciled with his Life Choices. But a note of dissatisfaction snakes through the plot. The cycle ends with “Hard Times” in which the singer defiantly draws a line in his own sand: “I won’t back down and I can’t stop now.”

But the listener wonders at whom, or at what, Mike’s defiance is directed? Himself? His own choices? And which choice is he railing against? His acceptance of the Reality that forces him out of bed each morning and into a world of teenagers who express themselves with their thumbs in 140-character splorts? Or is he fighting his own refusal to put away the Dream that awakens him in the night to reach for the notebook and jot down the lyrics of a new song?

“Smoke Your Smoke (Drink Your Drink),” the new single from Mike Herz, suggests he may be closing in on the reconciliation that eluded him on Overgrown. He opens by framing the problem…

But eventually he is forced to admit, There’s no better place to be than where you are. His secret, his ultimate coping mechanism, is to accept that his Real World and his Dream World are one and the same: the continuum that is Mike Herz.  As Popeye said,” I yam what I yam.”

Musically, “Smoke Your Smoke” is a revelation, featuring a full band and a Neil Young-ish harmonica. The performance is tighter, more dramatic, and definitely more rocking than the lyric-driven songs on Overgrown. And yet “Smoke Your Smoke” retains the personal connection that marks all of Mike’s songs. He doesn’t hide behind the band; the extra instruments push the lyrics to the front.

A browse of Mike’s Soundcloud stream led to another revelation: “Good Days,” a duet with his Closer To Home partner, Emily Barnes. A perfect song for the holidays, we are reminded again that, in spite of whatever BS we put up with, these are the good days. We are where we are because we chose to be here. And we made the right choices.

With the help of the internet, we “sat down with” Mike Herz for an email interview. It was good to catch up after last year’s interview. And, like last year, Mike’s answers remind us that we are dealing with a Real Person, not a pseudo-celebrity more interested in image than with human interaction…

RR: Last year you said that your goal was to keep pushing the music forward. By that measure, are you happy with your progress in the past year?

MH: I think so. I am my biggest critic and I set goals that may be a bit unrealistic, but overall more people know me and my music than they did a year ago, so that is a good thing.

I know that your personal life is equally as important to you as your musical life. To what extent are you able to blend the two?

It is quite a balancing act. Some months are better than others. One of my favorite Dylan lines is: “My friends from the prison they ask unto me, ‘How good, how good does it feel to be free?’ and I answer them most mysteriously, ‘Are birds free from the chains of the skyway?'” It’s the last verse of “Ballad in Plain D.” I heard it years ago, and it made a lot of sense to me then and still does.

Any changes in your personal life that you are willing to share?

Not really. My daughter is a year and a half old and plays a pretty impressive harmonica. We are already jammin’.

Describe how the new single came about…

I wrote it while on a camping trip with two great friends. We were just sitting around drinking and smoking by a campfire and we got to talking about the work grind and life and after some time passed I realized we were neglecting the drink and the smoke. I started making up the song while we were sitting there just for fun. They liked it right away, so I went with it.

The new single seems to be, stylistically, a change from your previous lyric-driven songs. Does this signal a major creative change?

Probably not. I always heard this as a full band, rock song. When I play it acoustic it feels empty. I always heard it loud in my mind. It was fun to see it come to life, but I don’t think this style fits the majority of what I do. I do plan to start adding a bit more arrangements to future songs, but they will still be more lyric-driven than this tune. I just put this one out there cause I thought it was fun and easily relatable.

Tell us about the other musicians on the single…

All great local musicians from Sussex County, NJ. Recorded at Steinwand Sound here in Newton, NJ, a beautiful home studio run by Joe Steinwand and his father Joe Sr. who played organ on the song. Geoff Doubleday, an extremely talented and versatile young musician, played drums & electric guitar. Peter Lister played bass. Pete plays in several bands such as The Hawk Owls and Milkweed. He’s a real staple of the music scene in this area.

Have you been playing live dates with a band?

Nope. Maybe one day, I think it could be a real sweet thing if I found the right people.

Any plans for an album or EP next year?

My favorite question from last year was “If you could sing a duet with anyone, who would it be?” You picked your partner in Closer to Home, Emily Barnes. Would you keep the same answer this year?

Yep. Same answer. Emily and I have great chemistry. She believes in the songs and what we are doing, as do I. I never thought about ever singing duets or playing in a duo before I met her, it just sort of happened.

I love your new single, but I’m blown away by Closer To Home’s “Good Days.” Tell us about that song.

Thanks! See that is the beauty of music to me. “Smoke Your Smoke” was recorded in a studio, very professional and all that good stuff. “Good Days” was recorded on Garageband on my Mac. Nice and simple, cost free. Emily and I co-wrote that song. We haven’t actually made people aware of it yet, but we are going to give it away as a free download for the holidays as a preview of our Closer to Home EP. Co-writing forces both of us to be open minded and break our solo habits.

Any desire to toss away Real Life and concentrate only on being a musician?

Every day at 6:30 am sitting on a dark highway wearing a business casual costume. I wrote several songs over this past year that examine this very topic. We’ll see. 🙂

Thanks, Mike. Those are great answers. Good luck in 2015, and be sure to let us know when you have any new material ready!

“Smoke Your Smoke (Drink Your Drink)” is available for download on iTunes and Bandcamp. Overgrown is available through Bandcamp. And sample some of Mike’s other songs on Soundcloud.

Merry Christmas from Reverb Raccoon, Milkshake and Fluffy! Diann Zimmerman contributed to this review. Thanks!