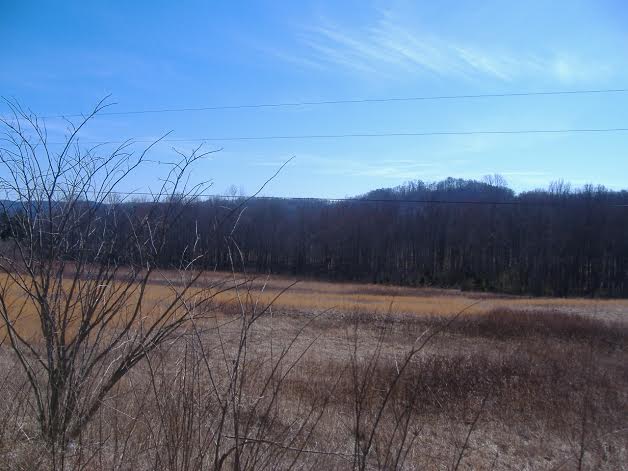 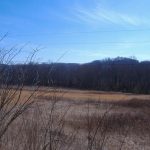 Three hundred million years ago Rudman County lay beneath a calcium carbonate-rich sea. The waters were shallow, less than six feet deep in many places, and they moved across the shelf with a warm, swirling dynamism that gave life to a crawling, swimming, eating host of now-extinct life forms, all with self-precipitated shells of pure limestone.

The creatures died, their calcitic remains accumulated on the seafloor, and the shelf subsided under the weight. New calcite-creatures multiplied, died, and drifted to the bottom, which continued to subside under the weight of the limey carcasses. The depositional cycle ran unabated for tens of millions of years, and the fossiliferous graveyard became its own tombstone: a god-challenging slab of coarse-grained limestone two hundred fifty feet thick and thousands of square miles in breadth, covering the earth from Ohio to Alabama, from Missouri east to the Appalachians. Tennesseans call the formation the Monteagle; everyone else calls it the Ste. Genevieve.

Prior to Monteagle time, the sea had been even shallower. Rotting, sun­-dessicated mudflats and tidal marshes stretched across the shelf for hundreds of miles in every direction. The fine-grained remains of this period make up the St. Louis limestone that everywhere conformably underlies the Monteagle. During the time in which the sea was deepening, a quirk of geochemistry transformed globs of carbonate ooze into silica-laden nodules. The resulting time-transgressive bed, romantically tagged the Lost River Chert, marks the “official” contact between the St. Louis and the overlying Monteagle.

The passing eons witnessed the retreat of the inland seas and the stranding of the Monteagle and the St. Louis thousands of feet above the coastal planes. Now, deposition ceased and erosion became the shaping force. The ponderous expanses of stone were not solid: micro- and macroscopic cracks and crevasses splayed through the rock in all directions. Along these pathways crept the fresh waters that fell as rain, dissolving the calcite, widening the fractures, washing away the shells of the calcite creatures. Eventually, the Monteagle lost over half of its original volume. But the St. Louis, protected by its cap of the insoluble Lost River Chert, was largely immune to the water’s destructive nature and remained more or less intact, only suffering significant losses over the highly stressed and fractured Nashville Dome. There, all pre-Monteagle sediments younger than five hundred million years were dissolved, exposing a great bullseye of lower Paleozoic outcrops.

Where the Monteagle’s dissolution took place underground, immense caves and caverns resulted, among them the famous Mammouth Cave of Kentucky. Above ground, the Monteagle became a trendless patchwork of erosional remnants, some small, others rising hundreds of feet above the chert-floored flatlands, the now-exposed top of the St. Louis, where decomposition finally produced a thin red clay of stingy fertility. The remnant hills eventually fuzzed over with a worthless mix of oaks, cedars, and dogwoods, the only native trees whose roots could utilize the shallow humic layer that passed for topsoil.

The largest erosional remnant is Monteson Mountain. Standing over one thousand feet above the St. Louis, it preserves not only the Monteagle, but the limes and clastics that chronicle nearly one hundred million years of post-Monteagle deposition. Although relatively narrow along the east-west axis, the mountain’s north-south reach, supplemented by some outlying extenders of lesser height, can be traced for over one hundred miles across north-central Tennessee, thus presenting a formidable obstacle, but by no means an insurmountable barrier, to westward migration.

Just west of the mountain, in an exceptionally broad expanse of St. Louis flatland, a town precipitated. “Sprang up,” the usual literary term for these events, implies a much greater sense of purpose than actually existed at any given time. The early settlers were god-forsaken humans, trudging “west” towards some vaguely-conceived “better life,” who simply ran out of steam crossing Monteson Mountain and trickled downslope to form a clot of dirty flesh in the geologic, now human, catchment basin below. The fact that most felt they had stumbled, literally, into the hoped-for better life attests to the utter wretchedness of their previous conditions.

The years created farms, roads, stores, a railway, factories, even a small college best noted for awarding unintelligent foreign students with civil engineering degrees of dubious value. But the town never grew much beyond fifteen thousand living bodies. At some point, souls began dying off at a rate equal to the arrival of the newcomers, or vice versa. And while there was always a certain amount of depopulation on the part of the living, most children who entered kindergarten or first grade in the town could expect to graduate from high school, even attend the local college, accompanied by the same group of familiar characters with whom they started the first hours of their education.

The town? The name, the exact location, is not as important as is the human sediment that covered the unyielding substrate. Call it Alluvium.