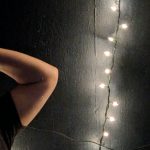 Eons ago, during the Obama Administration, I stood in the checkout line of a CVS drugstore in a small Georgia town whose most thriving industry, as far as I could tell, was the selling of title loans. The woman in front of me, with a modest cart full of goods, was juggling a handful of cash, a credit card, an EBT card, and a clutch of coupons, and was somehow trying to make it all work.

Wednesday night I watched a billionaire, four multi-millionaires, and the captain of the high school debate team present their plans for improving CVS Woman’s life. Four of the candidates are current or former members of the US Senate, described as the world’s most exclusive club. Its members magically parlay their $174,000 annual salaries into fortunes worth tens of millions of dollars. Even socialist Bernie Sanders owns three homes, though he derided one as a mere ‘summer camp’ and explained that everyone in Vermont has one. The coffee can of Amy Klobuchar’s grandfather was long ago replaced with a Raymond James investment account.

When I watch these people, I think when was the last time you were in a CVS? And I don’t mean as part of a pre-arranged campaign stop or that time you waited in the parking lot while your aide went in to buy your Imodium. I mean, when did you go in alone, roam the aisles, choose between a brand name product and the store brand, get a prescription filled, and have a casual chat with an actual human? If we talked with CVS Woman, I’m sure we’d find that climate change, student loan debt, immigration reform, regime change wars, the president of Mexico, and Michael Bloomberg’s NDA’s are pretty far down on her list of worries, somewhere below a new water pump for her ten-year-old beater car and her ex-husband’s failure to pay child support.

The more progressive politicians are positively frothing at the mouth over the net worth of people like Jeff Bezos. I have nothing against Jeff personally – I think he’s probably a pretty nice guy. And it would be hypocritical of me to decry the massive financial success of his company as I sit on the couch, wearing pajamas that I bought from Amazon, and browsing their app for a new juicer while watching The Office on a streaming service that stores its offerings in an Amazon Web Services cloud. But someone with enough money to build his own spaceship probably hasn’t chatted with CVS Woman for quite some time, and I’d rather not have him whispering in the ear of our next president. And I think Jeff could probably cough up a billion or two to buy CVS Woman a new water pump, and maybe help with her health care and child care costs.

‘Hard To Conceal,’ by the Soods, is a brick through the stained glass window of those who dwell in castles and on clouds, out of touch with normal people yet perfectly happy to control the lives of others through legislation, financial influence, or employment that is little better than indentured servitude.

Can you just not see what I’m saying?
From that height you choose to float in.
It’s something incredible.
The loss of leverage down a hole.
Yet you float on a purchased mound.
That resides on your floating cloud.

‘Hard To Conceal’ barrels out of the speakers like a four-horse fire engine on its way to a blazing tobacco warehouse. You can smell the smoke and hear the clanging of the carillon that yells get on board or get out of the way. ‘Hard To Conceal’ is an amazing rock anthem; I was hooked about three measures in.

The Soods, based in Grand Rapids, Michigan, are an evolving collaboration led by Jason Roy. The players on ‘Hard To Conceal’ are Jason (acoustic and electric guitars), Timmy Rodriguez aka Sleeping Timmy (lyrics and all vocals), and Jordan Stricklen (lead guitar and bass). Timmy Rodriguez is a member of Drinking Mercury, whose ‘Stay Home’ was previously featured as a Song of the Day.